Why age less? when you can look and stay forever young Dr. Wigoda is an advocate for patient safety & plastic surgery standards offering a wide range of cosmetic surgery procedures to enhance & refine the face, breasts and body. Patients from all over South Florida and around the world come to Fort Lauderdale to see Dr. Wigoda and our office will work with out of town patients to help coordinate all the details. Dr. Wigoda’s state of the art techniques achieve exceptional cosmetic results. His most requested & performed specialties include; LipoSculpting of the body, Breast Augmentations and Lifts, Brazilian Butt Lifts, Tummy Tucks & Rhinoplasty. Dr. Wigoda and his staff treat the whole patient – considering the current health status, body type, and life style believing that each patient is their own masterpiece in the making which helps explain why he maintains an international clientele of celebrities, socialites, jet-setters, business executives, athletes and other physicians.

Dr. Wigoda is very proud to state that he is one of a very few Plastic Surgeons with a perfect 5 star patient rating on Realself.com, a recognition awarded to less than 10% of doctors on RealSelf. One of Dr. Wigoda crowing achievements thus far is that he pioneered & now offers to our patients one of his most requested procedures, the “Painless Breast Implant Technique”, which virtually eliminates pain and is designed to result in a quick, safe and painless recovery and his trademark incredible results. Saline, Gummy Bear & Anatomic Tear Drop shaped implants are all available.

Our patients will take comfort in knowing that surgeries are performed at Dr. Wigoda’s surgical center in Fort Lauderdale which is a fully accredited & inspected surgical center by the American Association for Accreditation of Ambulatory Surgery Facilities (AAAASF). The AAAASF Certificate of Accreditation provides evidence that our facility meets high standards for patient safety in the outpatient surgical environment & AAAASF accreditation has been recognized as the “gold standard.” In short, AAAASF certification has been a model of excellence in surgical care and has been cited repeatedly as the model program for others to follow. Dr. Wigoda and his team pay meticulous attention to detail in order to optimize your relaxation and privacy in our reception area, consultation rooms, operating suite and every step of the way through the process and our goal is your complete satisfaction with your Plastic Surgical experience.

Dr. Wigoda served as a surgery intern and resident at the University of Texas Southwestern Medical Center in Dallas. He trained in general surgery and trauma surgery at the world-renowned Parkland Memorial Hospital. Dr. Wigoda then began his training in plastic and reconstructive surgery working both at Parkland Memorial Hospital and at numerous private hospitals around Dallas. Dr. Wigoda had the luxury of training with many of today’s pre-eminent cosmetic and reconstructive surgeons. As a plastic surgery resident Dr. Wigoda scored in the top five percent in the nation on the national in-service exam which tests plastic surgery knowledge.

As a chief resident, because of his skill and success, Dr. Wigoda was given the prestigious honor by his professors of serving as chief resident of Parkland Memorial Hospital first among his colleagues. Because many of the national cosmetic surgery courses for plastic surgeons are given in Dallas by his professors, Dr. Wigoda was able to attend multiple courses on all of the latest techniques and technologies in cosmetic surgery including endoscopic surgery, ultrasound assisted liposuction, laser resurfacing, deep plane facelifts, midface lifts, open rhinoplasty, etc. He had the opportunity in his training to learn and use these techniques. He completed his plastic surgery training in 1998.

Dr. Wigoda continued his education and training at the University of Utah Medical Center in Salt Lake City, one of the nation’s top hospitals. He completed a one-year fellowship in hand surgery and microsurgery working with both the Department of Orthopedics and the Division of Plastic and Reconstructive surgery.

Dr. Wigoda is certified by the American Board of Plastic Surgery.

Dr. Wigoda is the Chief of Plastic Surgery of Broward Health, the primary trauma center for Fort Lauderdale and Broward County.

Dr. Wigoda was raised in South Florida. He is the son of a physician who practiced internal medicine on Miami Beach for over 25 years. He left his hometown and immediate family to obtain the best possible education and training available in the country. He has returned to South Florida to practice both cosmetic and reconstructive surgery of the highest quality. Dr. Wigoda is fluent in Spanish and welcomes the opportunity to care for Spanish-speaking patients. During his free time, Dr. Wigoda enjoys spending time with his family and participating in various sports and outdoor activities.

As an undergraduate, Dr. Wigoda wrote a scientific thesis that was awarded high honors. Dr. Wigoda was honored as an associate member of the Sigma Xi research society, an organization honoring the leading scientists in the nation. Dr. Wigoda received partial merit scholarships for medical school from the Rotary Club of Miami during three of the four years of medical school. While only a medical student Dr. Wigoda received a grant for his research and he published over ten articles in the leading journals of plastic and reconstructive surgery, cosmetic surgery, and hand surgery. As a resident and fellow he published additional papers. He has also produced and edited an instructional video on a surgical procedure of the hand. He has presented many of his papers at regional and national meetings around the country.

Dr. Wigoda has been named one of “America’s Top Surgeons” by the Consumer Research Council of America, 2001-present.

Dr. Wigoda Is Currently On Staff At The Following Hospitals: 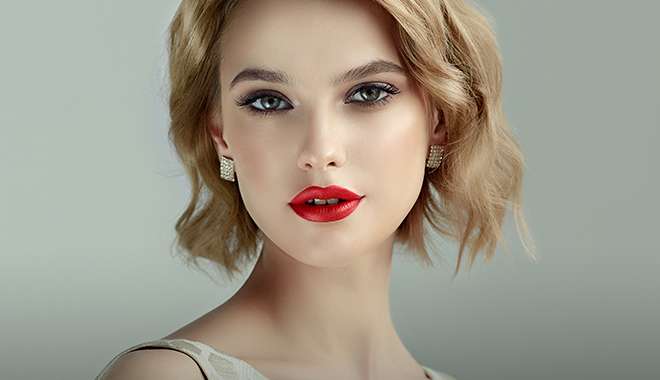